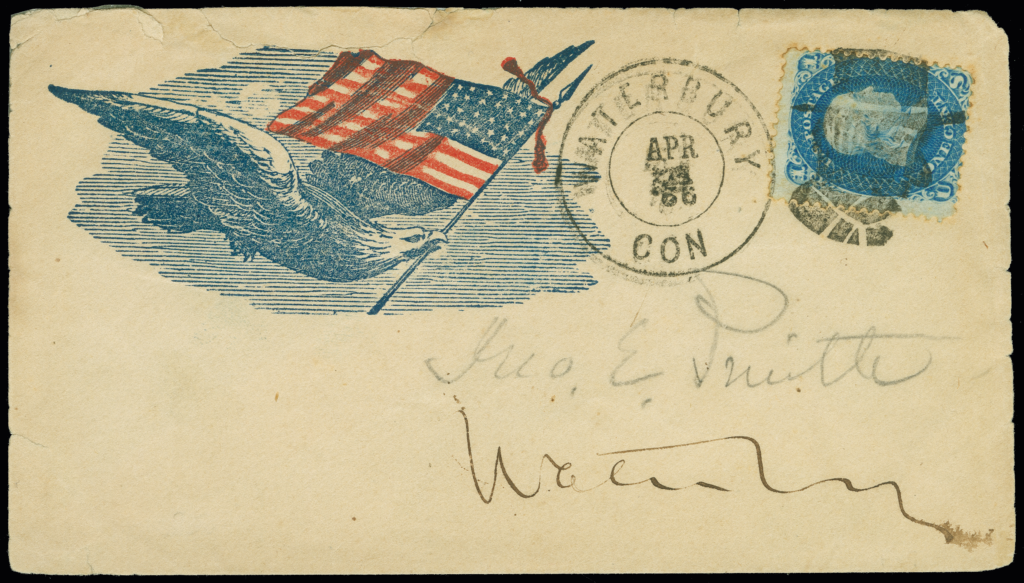 Only two covers with this spectacular cancel are known to exist with an 1861 1c franking, although the other cover is not a patriotic. The Dr. Glenn Jackson Collection included an 1867 cover with a padlock cancellation that had an embossed flap and red and blue edges on its reverse, which that catalogue identified as the only other known patriotic cover with a Waterbury fancy cancellation. However, given the subtlety of that cover, we are confident in calling this by far the more spectacular of the two, as well as the only cover in existence with a Waterbury fancy cancellation that is readily identifiable as a patriotic cover. The combination of a scarce, attractive cancel on such a striking patriotic cover makes this, in our opinion, amongst the most desirable of all Waterbury covers, alongside the famed “Running Chicken” in terms of scarcity and eye-appeal.